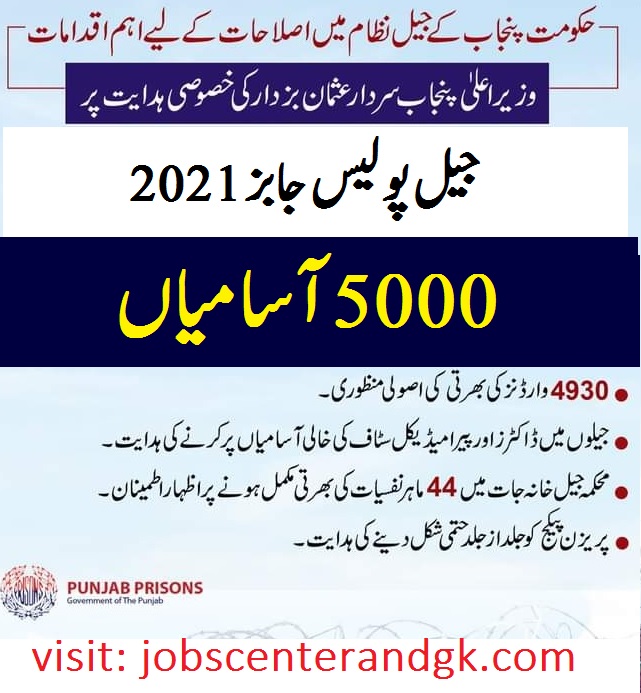 The Punjab government has decided to update the prison department by recruiting jail wardens, doctors, paramedical staff and psychiatrist staff. Upcoming vacancies in Punjab jail police for males and females.

How To Apply for Jail police jobs 2021 Punjab

Note: Advertisement for upcoming jobs is announced by Government on 07 October 2021 but official advertisement containing vacancy details is upcoming (not announced yet) so keep visiting jobscenterandgk.com 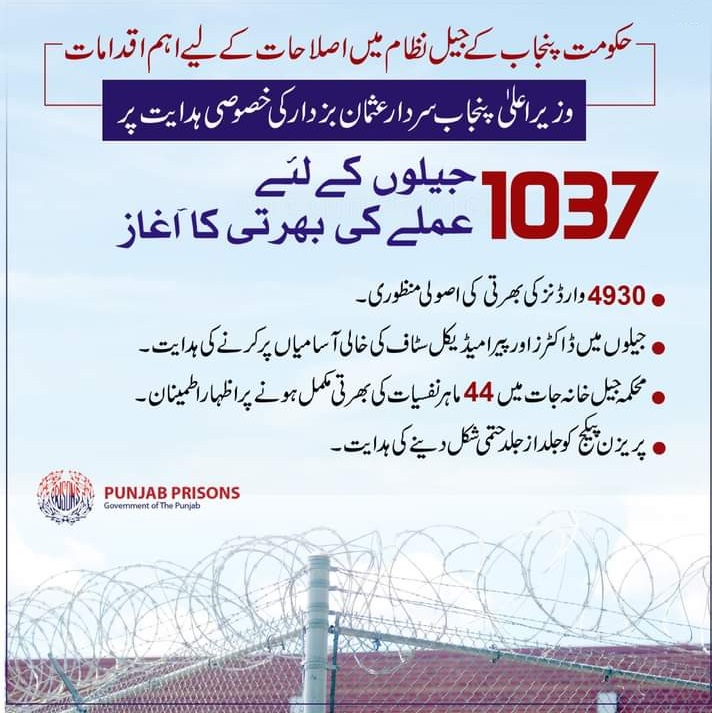 Click here to check the latest Teaching Jobs In Pakistan